How to Identify and Treat Sleep Apnea

Sleep is integral to overall health and wellness. Yet, so many individuals struggle to get a good night's rest - even if they believe they're sleeping through the night.

Dr. Vinod Mehta, an internist, pulmonologist, and sleep medicine specialist at Pullman Regional Hospital, says sleep is much more complicated than its definition back in 1830. Robert McNish described sleep as a suspension of sensorial power, in which the voluntary functions are absent but the involuntary functions such as circulation, respiration, and other functions controlled by the autonomic nervous system remain intact.

“We now know that sleep is neither the absence of wakefulness, nor is it simply the suspension of sensorial power,” explains Dr. Mehta. Sleep proceeds from a combination of passive withdrawal of afferent stimuli to the brain and the simultaneous activation of discreet neurons in selected brain areas. “In a nutshell, your body can be compared to a battery,” he continues. “It needs to be recharged on a regular basis or it will get run down or maybe even die.”

The Importance of Sleep

Lack of sleep results in both physical and mental problems. A 2014 poll revealed 45 percent of Americans surveyed reported that poor or insufficient sleep affected their daily activities in the previous seven days. A Seattle initiative to delay school start times from 7:45 a.m. to 8:50 a.m. resulted in reduced daytime sleepiness and improved grades.

Dr. Mehta recommends individuals get at least seven hours of sleep to restore the body; any less is associated with poor general health and low overall physical and mental health, causing poor quality of life. “If we could identify the underlying cause of insufficient sleep, we can help millions of people to sleep better and thereby improve their overall physical and mental wellbeing,” he notes.

According to Dr. Mehta, approximately 70 million Americans suffer from sleep problems and nearly 60 percent of them have a chronic disorder. The most common disorder is sleep apnea, which affects about 20 million Americans. By definition, sleep apnea is a cessation of airflow for more than ten seconds during sleep, causing severe oxygen desaturations and arousals.

Common symptoms and results from sleep apnea include:

What is a Sleep Study and How do they Help?

The best way to identify sleep apnea is via a sleep study. Dr. Mehta describes this event as a complex procedure whereby brain waves, abdominal and chest muscle functions, electrocardiogram and oxygen saturations are monitored during sleep. Having created a sleep lab from scratch and with 25 years’ experience reading both pediatric and adult sleep studies, Dr. Mehta is well-versed in these procedures. Click here to learn more about sleep studies.

“If sleep apnea was diagnosed earlier on, using a sleep study, we could easily treat these patients with CPAP masks, preventing those long-term—and possibly deadly—complications.” 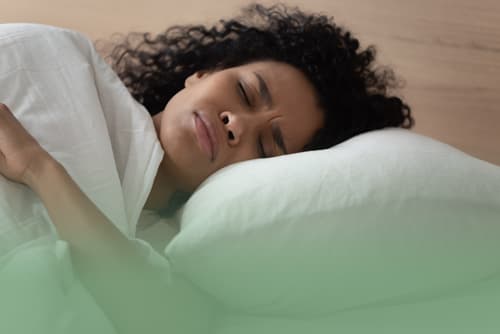