Winter is often marked as a “season of celebration.” But, the joy of the holidays isn’t always present, especially in the shorter, darker days. Many people suffer from Seasonal Affective Disorder, or SAD, during the winter and early spring months.

According to Deborah Blazzard, Board-Certified Psychiatric Mental Health Nurse Practitioner at Palouse Psychiatry and Behavioral Health, part of the Pullman Regional Hospital Clinic Network, Seasonal Affective Disorder is a sub-type of depression that’s related to changes in the seasons.

“It usually begins and ends at about the same time every year. You’re most likely to see people with Seasonal Affective Disorder during the winter months, but there are times during the spring where it also occurs, when it starts getting lighter,” she notes. “I do have patients that actually do better with the darkness, because when it gets lighter, they actually start getting more irritated and more irritable, which is another sign of depression.”

Some experts propose a genetic factor to SAD, but there is also a geographical component. For instance, those who live in the northern states may suffer in higher numbers than those who live in Florida or Southern California.

“I seem to see it more, because I live in the Pacific Northwest and we get darker in the winter months at about 4 p.m. and it doesn’t get light until almost 7 in the morning. I suspect if you were to go to places like Florida or Texas or somewhere that gets more sun, I bet it would be less common if I had a practice there,” shares Blazzard.

If you or a loved one suspects Seasonal Affective Disorder might be creeping in, Blazzard notes there are certain warning signs. Specific components to winter onset include:

“I see a lot of tiredness and low energy and that’s typically what brings a lot of my patients to me, because they just don’t have any energy despite having slept 12 hours. They don’t understand what’s going on,” says Blazzard.

A number of treatment options are available, ranging from light therapy and cognitive behavioral therapy to medications. Sometimes, a patient who is already on antidepressants may need additional therapy in order to feel better.

“By the time people come and see me, we’ll look at different medications that might help with their symptoms. For some of my patients who may already be on some type of antidepressant but can feel themselves slipping with the weather changes, we suggest using light therapy,” explains Blazzard.

But, that doesn’t mean medication is always the recommended treatment. “There’s also a lot of efficacy with cognitive behavioral therapy. Oftentimes, we don’t even have to use medications at all, just some additional light therapy which seems to alleviate the symptoms they’re having,” she adds. 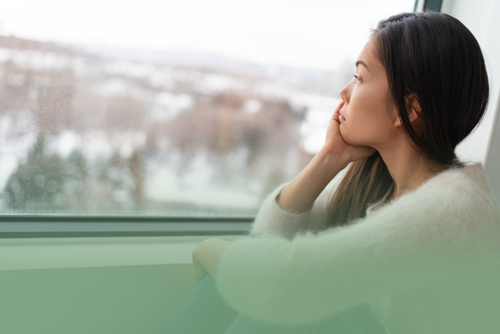