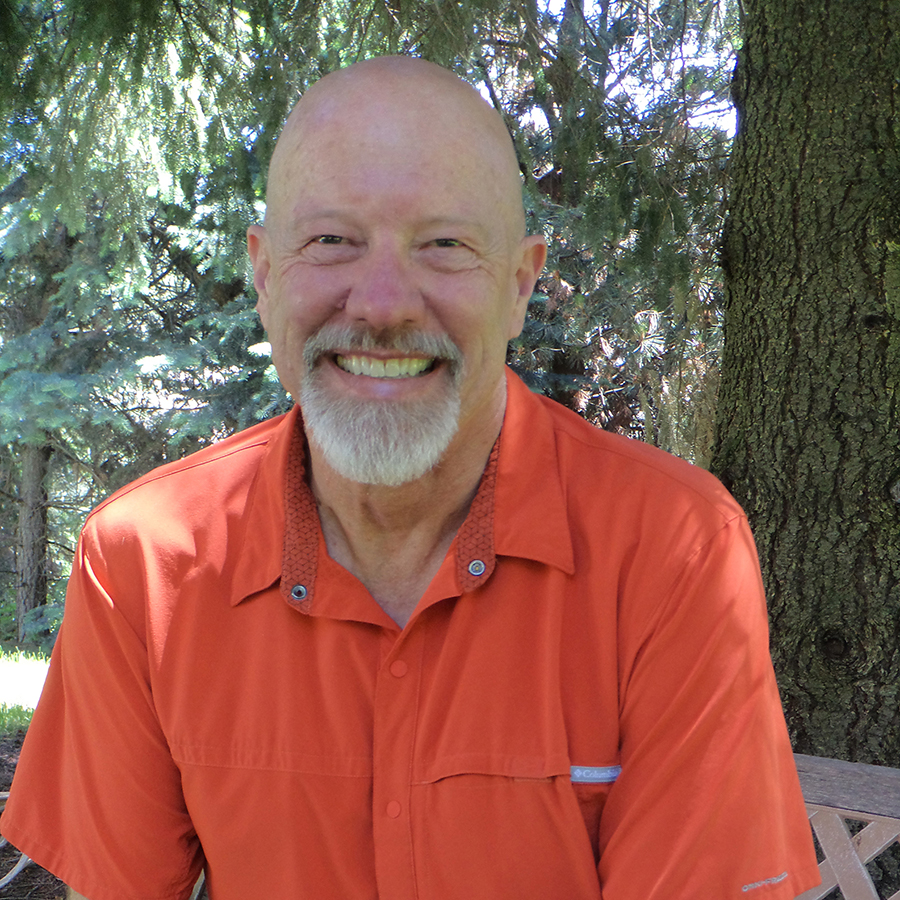 “I had lightning for lunch.”

And then came the devastating jolt.

“It felt like the pain just grabbed me and lifted me off the table.”

Two hundred joules of electricity screamed through Bill's body. “And then it kind of eased me back down.”

“As soon as they shocked me, I could feel that my heart calmed down. And at that point, I knew I was okay.”

Fast forward one month. Bill, 65, sits in the living room of his Pullman home as his heart (now regulated by an implantable cardioverter defibrillator (ICD) surgically installed under the skin of his chest) beats a resting sixty counts per minute.

“The upshot of this is I'm really better than ever,” Bill says. He credits Pullman Regional Hospital with saving his life and doctors in Spokane with giving him a new lease.

“They know what they're doing,” Bill says of the PRH doctors and emergency staff that swarmed around him when he arrived unannounced one morning with his heart racing at 245 beats per minute. “They have their stuff in one sock, let me tell you.”

A Washington State University English professor, Bill is an avid swimmer. On the day his heart raced out of control, he was just 500 yards in to his normal workout of 2,200 yards.

“Suddenly I just felt really tired,” he recalls. “I mean, like gasping-for-breath tired.” He made his way to the locker room, but felt no relief. He managed to get dressed, amble to his car and then attempted unsuccessfully to take his pulse. Living with his wife, retired psychologist Beth Waddel, within a few miles of Pullman Regional Hospital, Bill opted against going home.

“When I couldn't find my pulse, I decided to drive to the emergency room.” Unbeknownst to him at the time, Bill was suffering from ventricular tachycardia. His heart was racing out of a control toward possible collapse. He arrived at the Pullman Regional Hospital Emergency Department and declared, “I think I'm having a heart attack.” Within seconds, he recalls, two nurses had him by the arms, he was ushered to a room and an emergency code was announced.

“That place was amazing. I counted eight people in there. Some were in street clothes. When they coded, everybody rushed in and they just did it.” Much of what followed, Bill says, became a choreographed blur.

“There was an initial kind of organization and suddenly everybody was there and they were doing this incredible dance where nobody got in anybody's way. Everybody knew what they were doing.”

Once his heart was shocked back to a more normal beat, Bill says he was initially surprised, but eventually grateful, that the emergency doctor ordered him to be helicoptered to Spokane for further evaluation by cardiologists.

“The guys in the helicopter asked me if I'd had anything to eat,” Bill jests. “And I told them I had lightning for lunch.”

Cardiologists, Bill explains, first checked his heart's plumbing. “Then, as they say, the plumbers turned me over to the electricians.” Tests confirmed that Bill's heart, carrying a small scar in part of the muscle, had been skipping beats at least since early adulthood and the ICD was implanted in his chest.

Thank you for supporting the 2015 highest needs of Pullman Regional Hospital through the 2015 Annual Giving for Excellence Fund Drive. In 2015, philanthropy supported Pullman Regional Hospital's commitment to nurturing a heart healthy community and meeting the health needs of women and children. Learn more: http://www.pullmanregional.org/foundation-annual-fund-drive-2015