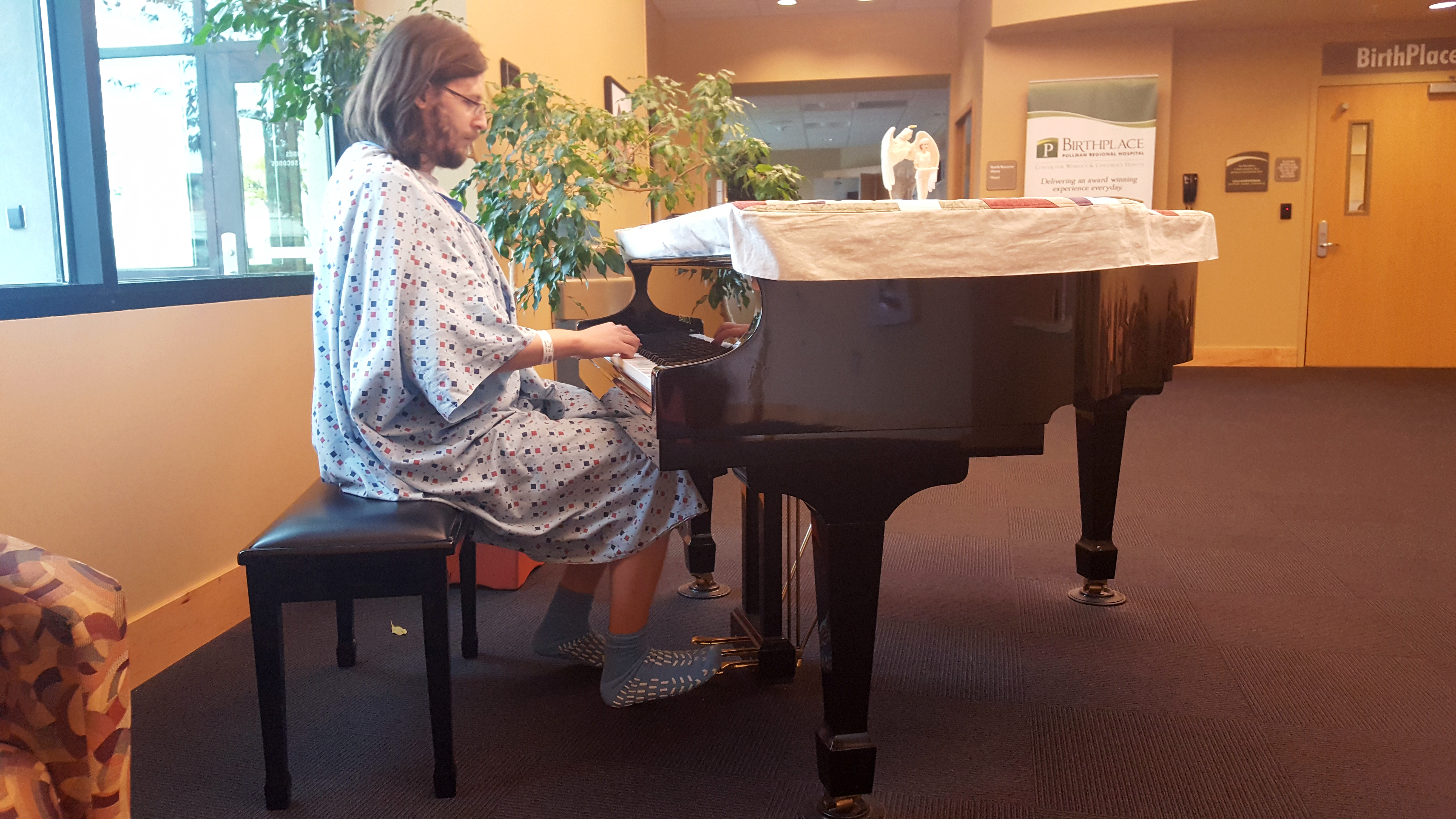 Edward Mace, a musician living in Pullman, never thought he’d be playing the piano at Pullman Regional Hospital as a venue. It was a nice diversion, however, when he ended up being a patient for two weeks after his appendix burst.

“I didn’t know it had burst; I just thought I had really bad gas for days and then there was relief,” he said.

Edward had laparoscopic surgery in which drains were inserted to clean out the infection and was given IV antibiotics.  “I had to do a lot of walking around the hospital and I saw the piano there and asked if I could play,” he said.

Both Edward and his mother, Sunni, who drove from Spokane to be with her son during his recovery,  are fans of Pullman Regional Hospital and staff.  “The care was so good and the rooms are so nice,” said Sunni. She was also appreciative of the Red Sage Bucks she received for free meals as a family member visiting Ed. “It really made a difference for me, as Ed's stay was so long,” said Sunni.

They both recognized Brittney Kitto, a nurse on the Medical-Surgical unit.  “She just has a contagious optimism,” said Edward.

“Everyone was so friendly and sympathetic,” said Edward, “From food service, to housekeeping to nursing staff. Considering the circumstances, it really was pleasant.”