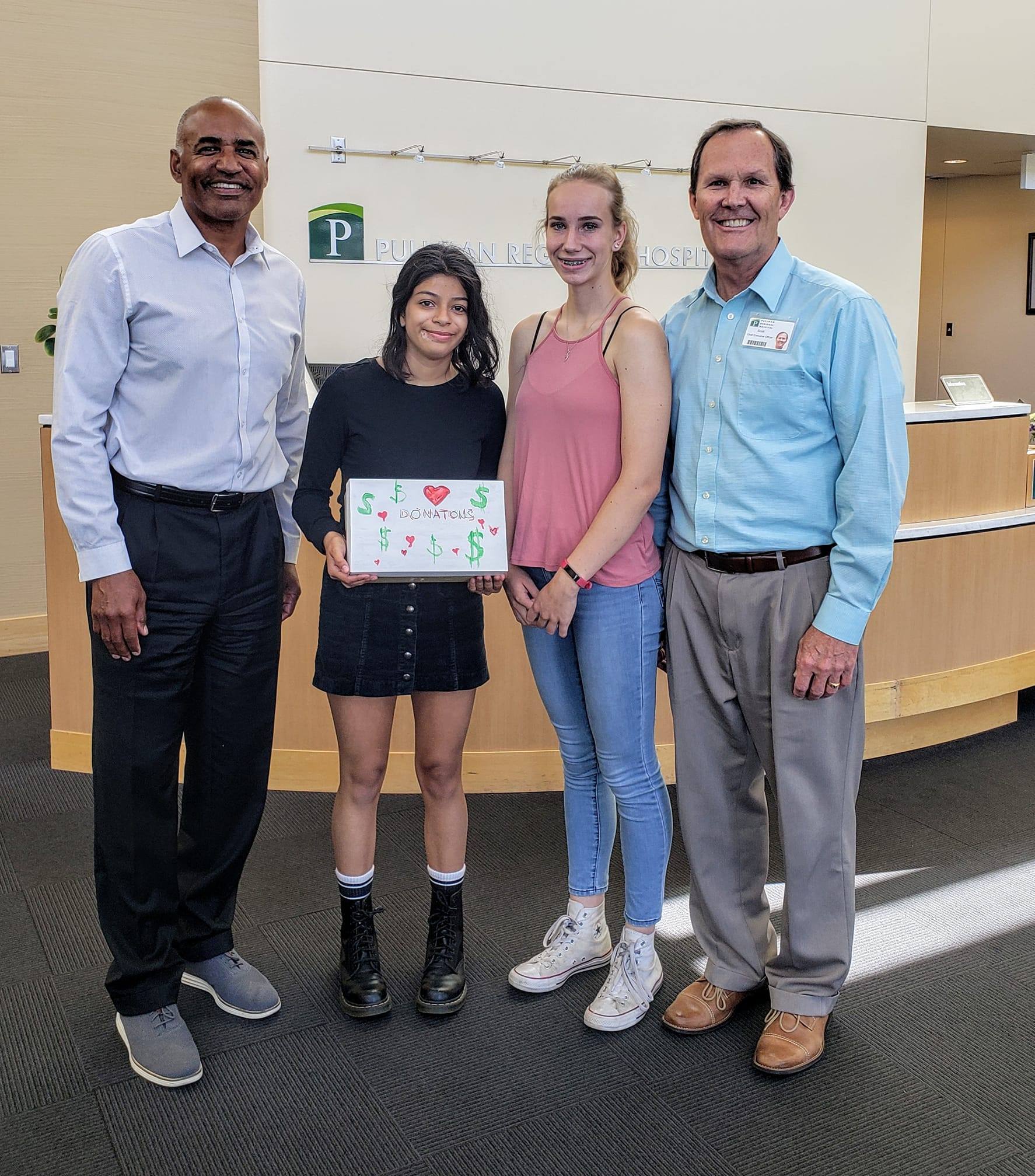 Friends who fundraise together, stay together

Neighbors and childhood best friends Hannah Hawk and Safiya Nazerali have been hosting annual fundraisers for charitable causes together since they were 10 years old — and this year is no different.

Hawk said they first began the tradition to raise funds for her to purchase a hamster. The two raised more money than expected and donated the excess to the hospital (click to read the story).

What started as a lemonade stand in their own neighborhood has since grown into an annual effort to raise funds for various beneficiaries, including the local humane society and the Community Action Center. The friends have sold everything from pumpkins and cider to water balloons and temporary tattoos.

“I just see these two girls doing a good cause for the community and they’re doing it out of the goodness of their hearts — it just makes me happy,” said Safiya’s mother, Cindy Nazerali. “They’ve been good friends and they just come up with ideas, and it’s just so sweet to see that they want to help other people. It’s been fun watching them grow up.”

Safiya said she was inspired to dedicate this year’s annual effort to Pullman Regional Hospital’s cardiology wing when her father received care there after sustaining a heart attack earlier in May. She said in addition to raising money for the cardiology department, she hopes the fundraiser will help drive awareness about the dangers of heart disease and poor cardiovascular health, as well as how to handle the situation should an emergency arise. Heart disease is the leading cause of death in both men and women, generating more than 600,000 fatalities in the U.S. every year, according to the U.S. Centers for Disease Control.

“I just wanted to raise as much money as I can so this doesn’t happen again to somebody’s loved family,” Safiya said. “I know two 16-year-olds can’t do a lot, but it’s what we can try to do to at least minimize it.”

Hospital CEO Scott Adams called the duo “inspirational,” saying he is familiar with them from their previous fundraising efforts. Adams said he hopes their generosity and selflessness will be contagious.

“I think it’s just an example of the community and generosity of the families that are here and the values that are part of what makes up the fabric of our community,” he said. “It’s just such a great example of that.”

“Personally, fundraising is something that I want to continue doing, even if I choose a different career,” Hannah said. “It should definitely be something that everyone tries to do — to just help others.”