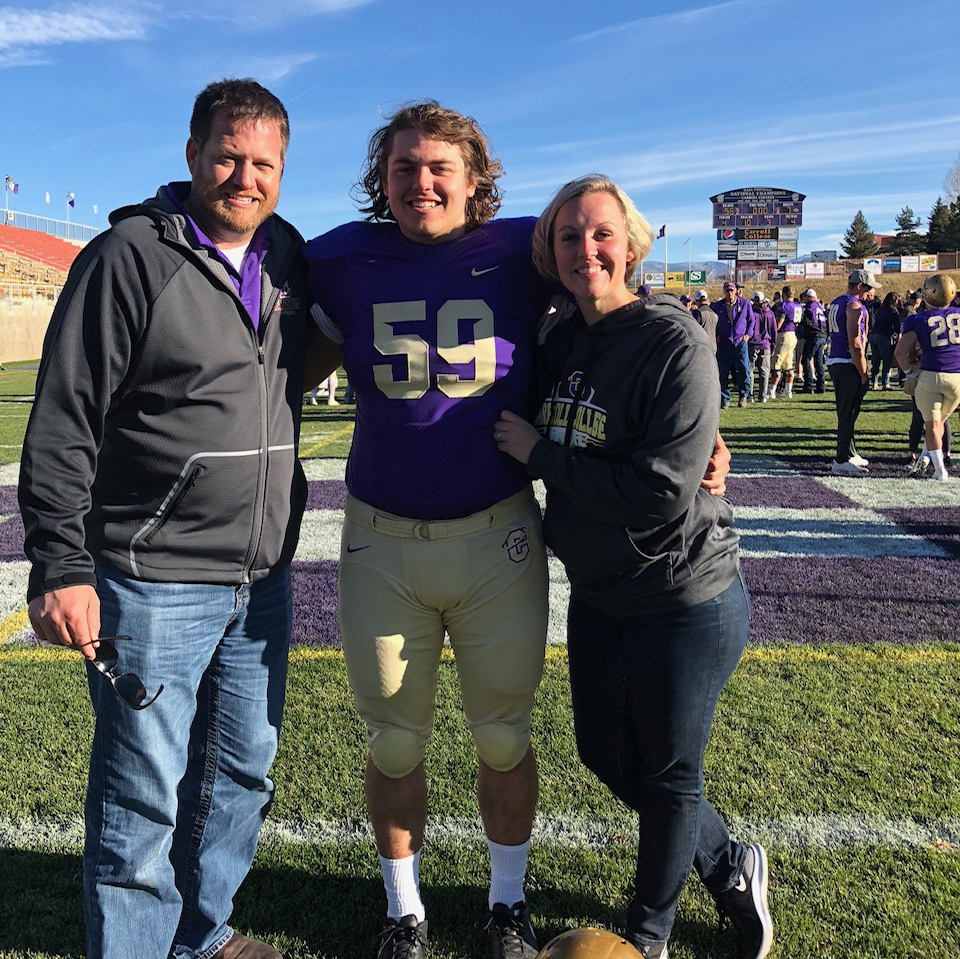 It may have been fate that Jessi and Jeremy McLean from Lewiston, from Idaho, learned about Inland Orthopaedics and Dr. Kyle Hazelwood, but she says “It’s definitely a God thing.”

Their son, Dustin, who is a student playing football on scholarship for Carroll College in Helena, Montana, needed shoulder surgery when he dislocated his shoulder. He’s just happy to be taking care of it so he can continue to play ball.

Dustin injured himself last football season and did some rehabilitation but he pushed off having surgery.  He moved from his original offensive position to defense so he thought he’d be fine, but his ligaments were loose and his shoulder dislocated.

“He can’t play offensive or defensive line with this injury,” said his mom Jessi. “He really can’t do anything—snap, punt, or play line. That’s when we knew he had to have surgery.”

Jessi and her husband started looking around for orthopedic surgeons. They didn’t know any in Helena and were looking outside of Lewiston.

“A woman I work with at Lewiston schools overheard me talking about the situation and recommended Pullman Regional Hospital and Inland Orthopaedics,” said Jessi.  Before she knew it, she was talking to the Director of Surgical Services at Pullman Regional Hospital who was telling her that Dr. Kyle Hazelwood is trained in shoulder injuries and knew exactly what type of injury her son had.  Dr. Hazelwood, who performed his fellowship in sports medicine at San Diego Arthroscopy & Sports Medicine/Scripps and was an assistant team physician with the San Diego Chargers, said Dustin must have played offensive line, because it sounded like a posterior dislocation, a common injury in offensive football players.

“We were impressed he knew that right away. As a parent, that makes us feel better. Dr. Hazelwood has experience with his specific injury and working with athletes,” said Jessi.

As a working mother making arrangements for her son from out of town, she is appreciative of how convenient and easy the process was.

Jessi said Dustin’s injury was worse than they originally thought but now Dustin is expected to be 100 percent by spring ball.