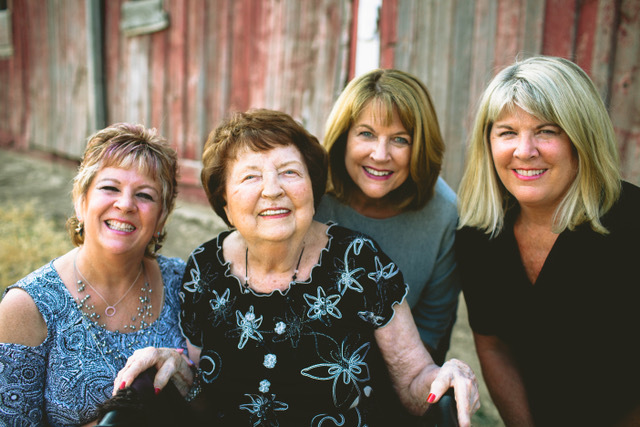 Thorough and complete.  Those are the two words Sherry Sayles Varkonyi uses to describe her experience at Pullman Regional Hospital when her 96 year old mother, Velma Sayles, was in the hospital in February.

“There was a thorough investigation of everything that might be a problem and everything that could be a solution,” said Sherry. “It was complete in that my mother’s body, mind and spirit were attended to.”

Sherry, who lives in Tacoma, grew up in Pullman with her three sisters and brother.  “All three of my sisters were born at the old Memorial Hospital. It was the family birthing unit,” she chuckles.

Sherry said, “My mom’s care (at PRH) was well coordinated and during the eight hours I was there, we had multiple healthcare professionals attend to her, nursing staff, doctors, radiologists, social workers, specialists, nutritionists and many I never saw.”

“We ordered what she wanted from the kitchen and the Café was close for my meals, which I ate with Mom in this beautiful facility as we watched the snow fall from her windows,” she said.  “Edie Mader came by for comfort from the Chaplains group, Marsha Olson brought in Ollie from the pet program and John Elwood played a private concert for us on his dulcimer.  I can’t thank you enough for the contribution of so many!”