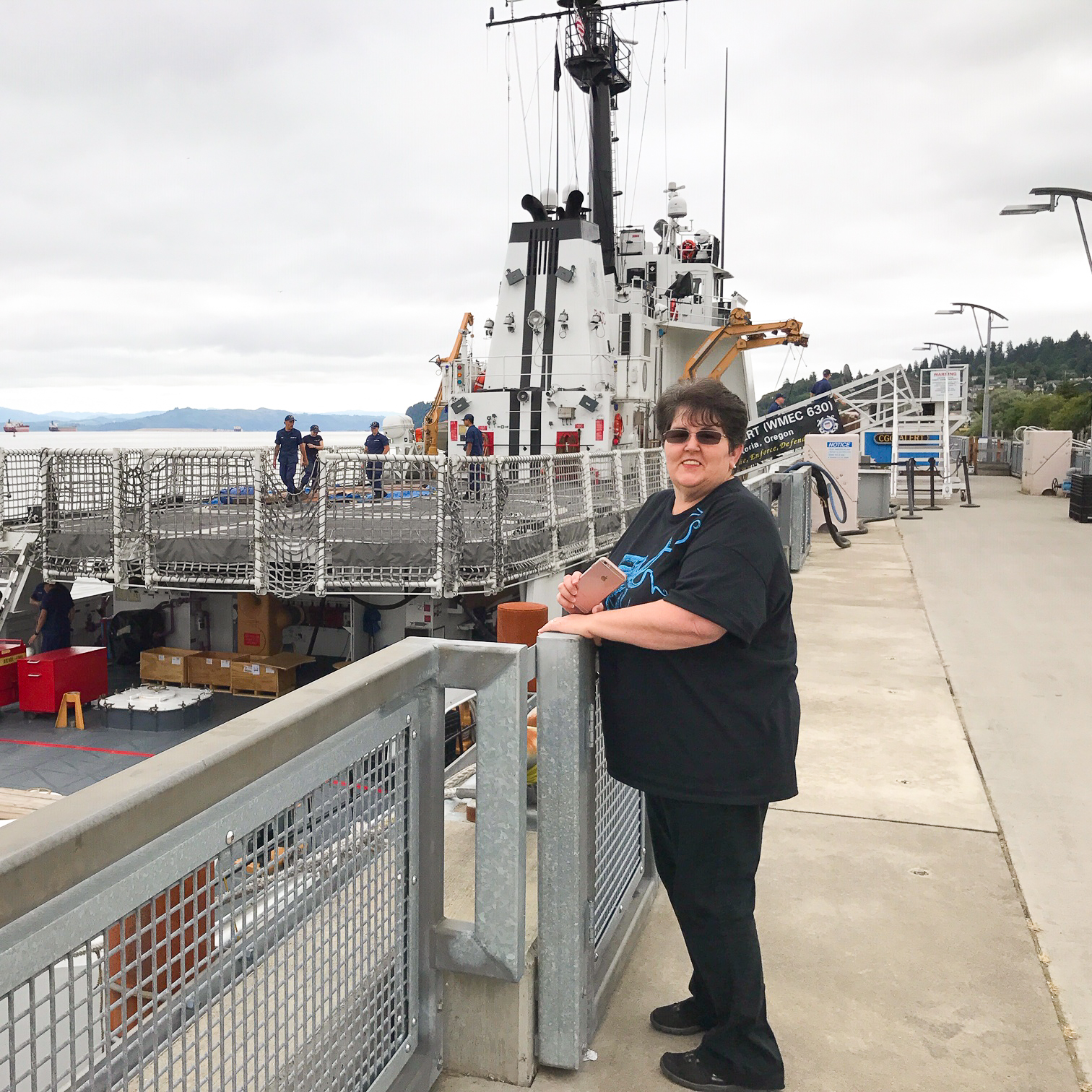 Holly Allen has been in a lot of hospitals as a patient and had good care.

“I’ve been in 10 different hospitals and Pullman Regional Hospital is at the top of the list,” said Holly, 60, who lives in Dayton, Washington.

She’s seen her share of doctors too. Her most recent journey with healthcare started in 2015 when she broke both her shoulders in an accident in which she fell 28 feet down a hill. She had surgery in Spokane but continued to live with pain and had two more surgeries on her right shoulder in 2018.  The first one was to remove the hardware that had been placed because the screws were uncomfortable and it hurt to raise her right arm.  After this surgery, she had another one to fix any damage the hardware had done and cleaned up her right shoulder.  A couple of weeks out of that surgery, she tore her right rotator cuff when she slipped getting out of the tub. She underwent surgery to repair that injury.

Despite the repairs made to her right shoulder, she continued to feel pain in her left shoulder, which was aggravated by an accident in which she was rear ended. The impact from the shoulder strap keeping her in the car caused increased pain.

At this point, she had undergone four surgeries on the right shoulder and none of the left shoulder.  It was discovered at this time in May 2019 that she had necrosis in her left shoulder. Necrosis is a condition in which the bone tissue dies due to a lack of blood supply.

“A surgeon recommended a shoulder replacement reversal (to address the necrosis) but I wanted a second opinion,” Holly said.

Her insurance company referred her to Dr. Ed Tingstad with the Orthopedic Center of Excellence at Pullman Regional Hospital for a second opinion.  Her primary care doctor and the surgeon who had removed the hardware from her right shoulder also highly recommended Dr. Tingstad.  When Holly went to Bingo and several women there also recommended Dr. Tingstad, as he had operated on them and/or family members with great results, she made an appointment.

“Now it doesn’t hurt,” she said. “I’ve been doing exercises and it’s such a relief after living with pain for so many years.”

Pullman Regional Hospital worked with Holly to help coordinate follow up swing bed care which she had in Dayton.

“Everyone was so polite and kind,” she said. “Dr. Tingstad called me from the Apple Cup (in Seattle, WA) to check on me and he came in to check on me in the hospital when he returned to Pullman before he went home.  He’s amazing.”

“Pullman Regional Hospital is a real team and everyone works together for the benefit of the patient,” she said. “I’m so glad I went there and that’s where I’d go again.”